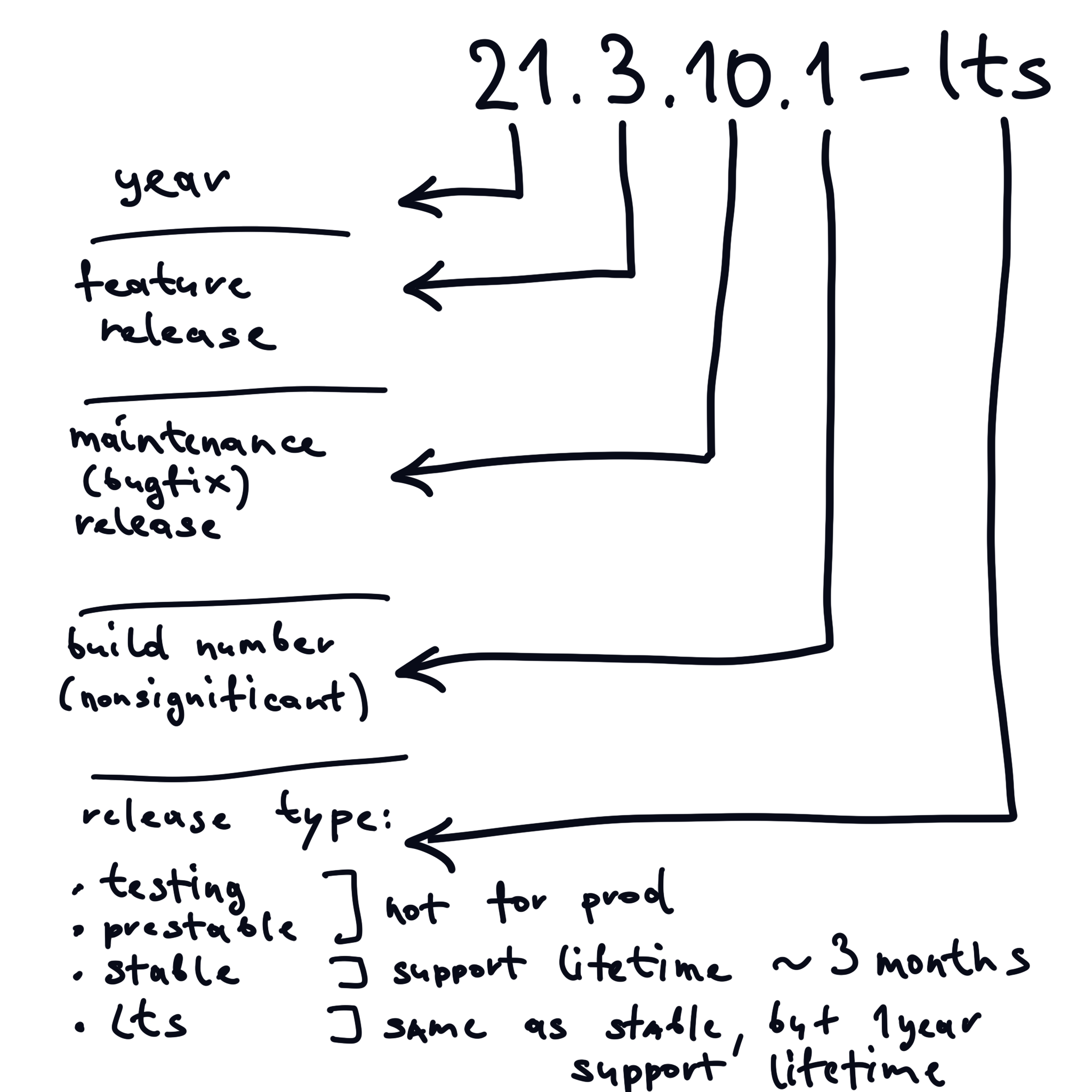 What is Altinity Stable version?

It is one of general / public version of ClickHouse which has passed some extra testings, the upgrade path and changelog was analyzed, known issues are documented, and at least few big companies use it on production. All those things take some time, so usually that means that Altinity Stable is always a ‘behind’ the main releases.

Altinity version - is an option for conservative users, who prefer bit older but better known things.

Usually there is no reason to use version older than Altinity Stable. If you see that new Altinity Version arrived and you still use some older version - you should for sure consider an upgrade.

Additionally for Altinity client we provide extra support for those version for a longer time (and we also support newer versions).

Which version should I use?

We recommend the following approach:

How do I upgrade?

In some upgrade scenarios (depending from which version to which you do upgrate) when differerent replicas use different clickhouse versions you may see following issues:

Both problems will go away once all replicas will be upgraded.

ClickHouse development process goes in a very high pace and has already thousands of features. CI system doing tens of thousands of tests (including tests with different sanitizers) against every commit.

All core features are well-tested, and very stable, and code is high-quality. But as with any other software bad things may happen. Usually the most of bugs happens in the new, freshly added functionality, and in some complex combination of several features (of course all possible combinations of features just physically can’t be tested). Usually new features are adopted by the community and stabilize quickly.

What should I do if I found a bug in clickhouse?